TAGUCHI JUN'NOSUKE
( what lies behind those smiles...? )
Junnosuke Taguchi is recognized for being good at acrobatics. He needed an operation in February 2004 after sustaining a bad knee injury during rehearsals and did not return until August 2004. Taguchi is known as the most light-hearted member with a carefree-like nature. Often picked on by the other members for his frequent use of dasharé ( pronounced:'dajare'; Japanese word puns), he also has a tendency to randomly jump between topics during meetings and interviews leading the others to label him "KY" (a person who is unable to read an atmosphere properly). Taguchi is an award-winning actor with roles in Mohou-han, Ganbatte Ikimasshoi, Happy!, Happy! 2, Hanayome to Papa and Yukan Club.

Taguchi Junnosuke, or Junno as he Is often called, is part of Johnny's Entertainment Group KAT-TUN. He is known for dasharé (Japanese word-puns), especially his hit phrase of "Iriguchi, Deguchi, Taguchi desu!" (Literally, Entrance, Exit, I'm Taguchi!) He uses dasharé often on Cartoon KAT-TUN. He is best known for being the most acrobatic, the tallest, as well as the only Left Handed member in the group. Apart from appearing in numerous concerts, tv shows, Commercials and musicals as a member of KAT-TUN, he has starred in one movie, Mohouhan, alongside SMAP's Leader Nakai Masahiro and several Dorama. In Ganbatte Ikimasshoi, which he starred in alongside NewS' Nishikido Ryo, he hadn't initially been casted as Nakata Saburo, but he was chosen to replace Uchi Hiroki, who was suspended for Drinking In Public While Underage.

In 2004, Taguchi injured his knee and had to take a long hiatus from group activities after surgery. While KAT-TUN was performing in the Theater Production "Dream Boy", Taguchi sustained a serious back injury in rehearsals. He was in the hospital for months and became very lonely. During his stay in the hospital, he became less confident in himself because the other KAT-TUN members didn't visit him much; He thought no one liked him. But then, they came and brought gifts, and soon Taguchi was recovering well. He managed to overcome his back injury and return to dancing and acrobatics with the same vigor and dedication as before, which impressed his band mates.

Tanaka Koki, also a fellow member of KAT-TUN, has stated on their concert, Cartoon KAT-TUN II You, that when Junno-kun entered Johhny's Entertainment. He thought that Junno-kun was a cute kid and that he respected him. Until after months that he didn't come for rehearsals Junno-kun's attitude changed.

He is a pro at playing Billiards. Although he deny that he isn't that good, his skills are enough to compete in the professional level of the game.
Facts:

• His Trademarks Are The Acrobatic Stunts He Performs In KAT-TUN's Concerts And His Smile.
• His Interests Are Billiards (Had Participated In An Official Game With Respectable Placing) And Drums.
• He didn't use to like Kame, and would complain about him behind his back.
• He thinks that living together before marraige is the wrong thing to do, and that couples should show commitment.
• He admires Koichi Domoto from the KinKi Kids.
• The Tallest Member Of KAT-TUN.
• He Is Left-Handed.
• He is a smartie. ( probably what they meant here is he's an honor student? )
• Can do juggling and tap dance.
• He can tap dance and juggle at the same time.
• He Had A Fan Club In Grade School And Middle School.
• He Is Good Friends With Kanjani8 Member Ohkura Tadayoshi.
• He Often Cracks Jokes, Or Dajaré (Japanese Jokes Using Puns).
• He is not interested in finding a girlfriend, but if he were, he would like to teach her billiards.
• He is often told to be the most boring person in KAT-TUN but the other members confess that he's the most lighthearted person to be with.
• He can be seen as the member with the biggest smile, but he looks almost serious when dancing.
• He admits he is a conservative man.
• He wears jinbei, and sometimes old sweats with T-shirts to sleep.
• Since he is southpaw, he can play many sports because he has good hand-eye coordination.
• He is very carefree and positive in life.
• His 2008 solo song, Natsu no Basho "夏の場所" is related to his liking the summer season.
• He is often caught on film napping thus crowned "King Of Napping" by his online fans. Keep the Faith ◘ Real Face ◘ Signal
• Junno revealed in 'Jitsu wa Boku..' that he collects coins but only 100 yen coins. Actually I...
• He is said that he always do things seriously but no matter how, the message isn't received. He doesn't understand what the female is thinking. He is a Kenai Karamari type. ( Isn't really an expert in love & courting) as stated here!

○ "Iriguchi, Deguchi, Taguchi desu!"
○ "We all want to grow one step at a time with you"

(Then Junno asked what he just said and discussed it with Jin. )

rindiggfelt
1. Is the human relationship wide but shallow, or narrow but deep?
I guess it's friends. It's neither narrow or wide, just like there are people you meet at a certain place whom, although you don't know their phone numbers, may have a deep connection with you. Come to think of it, I don't have any friends who are younger than me. Although I'm the type who would accept anyone who comes to me, my juniors don't come to me. If I have juniors, I think I will treat them well... so I would like to have friends who are younger than me (laughs)!

2. What is the relationship that you feel "I'm thankful!" about?
The relationship with fans. Without our fans, we wouldn't we here now, and more than anything, it is because of the fans that we can be high in spirits. Even though it is something shapeless and cannot be seen, we feel the bond.

3. What is the relationship that you can rely on?
Without a doubt, the adults. These so-called seniors in life are the people who have lived longer than me. One or two years don't make much of a different, so it is those who are older than me by 5 years or 10 years that I consider my seniors in life and people that I can respect. Whether it is the advice they give, or anything they say, without a doubt I will accept them as valid. Of course, there may be times when I go "EH?", when I consider it, I would think, "Without a doubt, because these are words of people who have lived such lives, they can't be wrong".

4. What is the most important relationship to you now?
The relationship of two hearts. Things like gratefulness, don't they come from the heart? Even if two people are different, there will be aspects that both parties can agree on, and no matter what kind of person they are, there exist conscience and good will within their hearts. I think that letting that grow in you means growing as a person. Not in a condescending way, but feeling the need to "do for others what have been done for you" and being able to help each other out is good.

5. How would you describe your single "RESCUE" in 10 words?
"IT'S OKAY, I AM HERE". At any rate, it's a song which gives a feeling of "Rescue me", isn't it? By the way, the other day, I performed ONE DROP with Yabu and Hikaru on "Hi! Hey! Say!", we went all out and it was so difficult. However, RESCUE is a song that can be sung easily, or rather, one that has a high spirited feel.

6. What is the situation from which you would like to be rescued or you would like to rescue someone else?
I often think that I want to be rescued. Even though it's when I reach a dangerous stage in my games (laughs). Situations that I want to rescue others from... This again has got to do with games, but recently, I made friends with someone who is younger than me. When we were playing together and clearing a mission, I felt that I wanted to help him. Rather than helping, it's more like helping each other out. 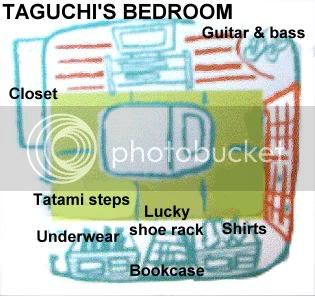